A downloadable archimedes for Windows, macOS, and Linux

BUY IT ON STEAM:

OR AT THE HUMBLE STORE:


This game will require access to the internet, a pen and paper and the ability to think beyond what is normally required of you.

In order to download this archimedes you must purchase it at or above the minimum price of $1.99 USD. You will get access to the following files:

Neco The Sergal6 years ago

**Rawr** I have finished the game and uploaded the final episode! So, arguably I'd say the game is worth the payment for anyone curious. I'd label this an ARG, since it isn't anywhere in the tags and ARGs are something that can entice more people to buy it unless the creator thinks that that is a spoiler. It's a surprisingly deep and mysterious game that stretches the boundary of both the 4th Wall in narrative and rival ARG's - the ending made the experience well worth it. Below is a video that will lead to my 3-part series of me covering the game. If you like games with good mystery though, and want to figure out the story for yourself? You likely shouldn't watch due to spoilers!

Hey Neco, thanks for this! Archimedes has been Greenlit and will be going on Steam soon, so hopefully that helps you out too :)

Thanks to you as well. I do enjoy rummaging around itch.io and gamejolt to find hidden gems. I do consider this to be one of them. It takes around 50-100 games of filtering through garbage, or good games, to find great games or ones that can make a difference or at least not just be another copy-pasta of what others have already done. Like, indie-horror wise, Outlast is released, so you get indie horrors of games that just mimic Outlast, P.T. comes out? Now we get tons of P.T. clones. FNAF comes out? Fnaf clones everywhere. The unoriginality of the market and indie-scene can be extremely depressing. So when I find an actual game that can surprise me, and be worth the money or worth the playthrough or worth recording? Then I'm happy xD

Hi Neco, to answer your question, they are actually all connected to the game in a strange way. The end of the game requires you to interact in such a way that a lot of people really enjoyed (as it can get a little personal), and as a result a few of them left some comments. As much as the old adage goes that "any press is bad press", I wouldn't bother keeping bot reviews for a game of this size as I'm not really making any money off it, so the niceties of people's reactions to it are enough for me.

Alright, thanks for the confirmation! Just wanted to be sure. I've had numerous cases of downloading 'Unknown, Bizarre games' on Gamejolt and the like that ended up being dangerous or problematic for my PC - I always like to be sure. I'll give it a go.

By the way, I just played it and beat it - Was pretty damn interesting, I do have to say. It was as I expected, within a few twists and informative and meaningful messages given. I just wanted to be sure of one thing though, if it's alright that I upload a complete walkthrough of my experience with the game. Editing will be a nightmare but I have everything in order for a 3-part series of this game. I'd prefer to ask for permission on a game like this first though.

Yes please, some videos would be great! Always need the extra promotion to try and hit that Greenlight...

The first use of my account for this website is to write a brief review of this game because I enjoyed it that much. Having initially discovered it though a gif on Facebook the glitch art alone made me curious enough to give this game a try.

To anyone used to spending time with older windows systems with limited software installed or late nights talking to friends on msn messenger this game will bring back waves of nostalgia and to anyone younger a somewhat warped glimpse into computing's yesteryear.

When going into this game I highly suggest you try to suspend your disbelief and take the experience as real because the premise of the game deserves it and it will becoming frighteningly convincing if you let it. The primary basis of the game has you testing an older operating system in which you find yourself getting instant messaged by a stranger in deep trouble who seems too involved in something far over their head. The underlying unease begins to set in and before long you find yourself leaving the confines of the game itself to play. The game requires some out of the box thinking and interaction with many real websites such as youtube, google earth in order to solve some of its puzzles.

Archimedes is a short experience but it is one that knows what it wants to be throughout and lasts long enough to have you wanting more without overusing its gimmicks.

This is one retro cyber themed experience I highly recommend anyone to try, especially if your beginning to feel burned out on everything else on offer lately

I bought this game yesterday and it turned out to be a pleasent surprise. Archimedes could be a mix between Her Story and the Dionaea House, but with it's own engaging and well designed story and mechanics.

For those of you tired of nowaday titles that take you by the hand throughout the entire game, you should give this a try. The tasks you have to complete are very well thought, and cleverly use resources from outside the game itself to break the fourth-wall and make it more meta.

Definetely worth your money!

This game is superb! It's well crafted and intriguing.

It's just the right length and incites just enough fear.

Archimedes is a real treat of a cyber horror.

I would warn anyone sensitive to suicidality to avoid this game or use their discertion, though.

Just received the email some minutes ago, immediately followed the instructions and wow. That ending.

Overall this is an amazing game. This is something different. This game deserves more downloads and applause. 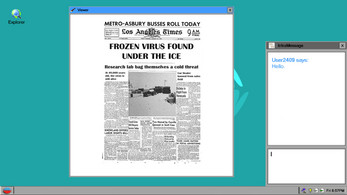 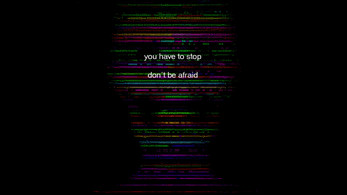 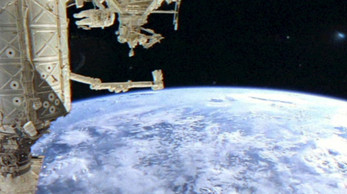